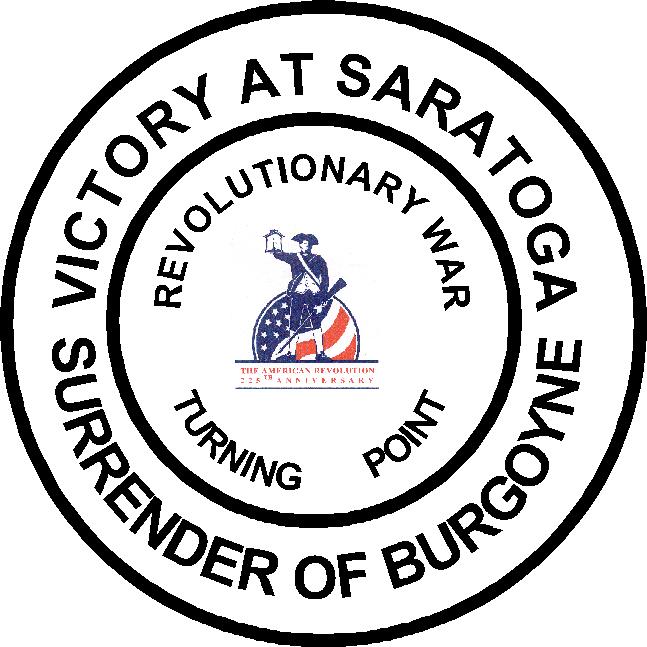 The October 17, 1777 surrender of the British Army at Saratoga marked the turning point of the American Revolutionary War. British General John Burgoyne’s defeat at Saratoga provided the impetus for France to support the efforts of the American Colonies in their struggle for independence. The Battle of Saratoga is identified by the New York Times as the battle of the millennium supporting the world shaping historic significance of this event.

On October 19, 2002 the Town of Saratoga, Villages of Schuylerville and Victory, and the Saratoga National Historical Park will commemorate the 225th anniversary of this historic event. A twilight march in which the public will retrace the steps of Burgoyne’s soldiers from the Saratoga Monument encampment area to the field of Grounded Arms- Fort Hardy Park will take place. The torch light citizens parade led by members of recreated British Units will begin near dusk and march through the Village of Schuylerville traveling to Fort Hardy Park. The program at the park will include a memorial monument dedication, historic reenactments, choral singing, a military band concert, and fire works display.

The Saratoga Monument is owned and operated by the National Park Service and is located in the Village of Victory on land upon which British General John Burgoyne’s army camped. The monument has recently undergone complete renovation and will be open for the public to tour. Fort Hardy Park, the sacred land upon which the British and German troops grounded their arms, is owned by the Village of Schuylerville and will be the site of the program. The spacious park area on the banks of the Hudson River serves as a peaceful setting at which the public will be able to enjoy the stimulating, educational program. Visitors to the event will be able to tour the historic General Philip Schuyler House, also owned by the National Park Service, and view numerous historic exhibits at Olympian Hall on Broad Street in Schuylerville. The program is a part of the National 225th Anniversary of The Revolutionary War Lighting Freedom’s Flame Celebration and the entire program is free to the public. For more information visit the web site at www.victoryatsaratoga.com.

TORCH AND CANDLELIGHT MARCH FROM MONUMENT TO FORT HARDY