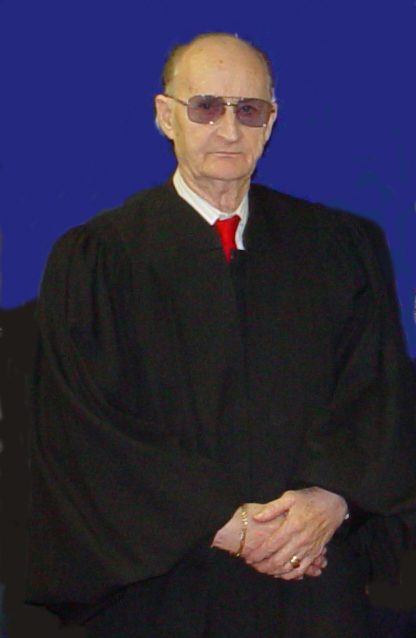 Judge Priest diligently and faithfully served as Justice for the Town of Saratoga for over 20 years.  He was a man of great integrity, impeccable character, and high standards and values.  He was held in high esteem and admired by everyone who knew and worked with him.  He was a hard worker with a sense of humor and friendly outgoing personality.  As a town Justice he treated everyone that appeared in his court with fairness and respect.  A father and devoted husband, he dedicated his entire life to his family and public service.  Judge Priest was a U. S. Army Veteran serving during World War II and honorably discharged with the Rank of Staff Sergeant.  He was a member and past commander of Old Saratoga Post #278 American Legion in Schuylerville and was a past Saratoga County Commander.  Judge Priest will be deeply missed by everyone.  Memorials in honor of Judge Priest may be made  to the General Schuyler Emergency Squad or to Old Saratoga Post #278 American Legion in Schuylerville.